Characters getting ready for Mickey’s Magical Party from Filipv on Vimeo. 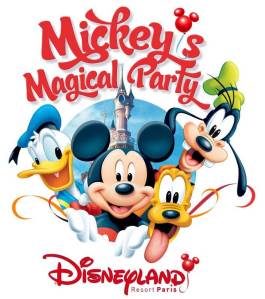 From 4 April 2009 until March 2010 Disneyland Resort Paris will celebrate “Mickey’s Magical Party”. For this new year Mickey Mouse invite the guests to live magical moments with a new season full of new parades, shows and attraction.

A new show “Place à la fête avec Mickey et ses Amis” – “On with the show with Mickey and his friends” located on Central Plaza’s new stage with the Lion King, Jungle Book and Aladdin characters”Place à la Danse à Discoveryland” – “Let’s Danc at Discoveryland” with Stitch as the DJ. His mission to warm up the heat of Disneyland with an intergalactic dance stage. Minnie will become the charming hostess of a small train going up Main Street, U.S.A.

At the Walt Disney Studios there is a new parade. The Disney’s Stars ‘n’ Cars, a Hollywood extravaganza with the characters of Toy Story, Snow White, Monsters Inc, Mulan, Little Mermaid and the Disney Villains, with themed cars from the previous cars parade at the Disney-MGM Studios park in Florida.

Playhouse Disney – Live! is a new attraction at Walt Disney Studios, where younger children will prepare for Minnie, along with other Disney Channel heroes, for the best birthday party ever organised.

A press event at the park on the 28th March will be held to help launch Mickey’s Magical Party!

I went to The Magical Music of Walt Disney concert at The Cambridge Corn Exchange this afternoon and had a wonderful time.

The Cambridge Philharmonic Society played a lovely selection of music from many of Disney’s films. The musical journey was narrated by actor David Timson and each peace of music as accompanied with images from the films and Disney animation archives projected on a big screen behind the orchestra.

Finally there was an encore of a sing along to “It’s a Small World” with images from the ride and the words projected on the big screen.

Disney is to launch a HD version of its premium movie channel Cinemagic next month.

Cinemagic HD will be available through Sky+ HD to customers who take a Sky Movies subscription. Movies in the lineup for December include Ratatouille and Tinkerbell, followed by Sleeping Beauty and The Incredibles in the New Year.
“We’re delighted to launch our first high definition channel in the UK and Disney Cinemagic’s focus on movies made it the ideal choice for the HD format,” said Michael Cairns, Cinemagic’s general manager. “This deal with BSkyB underlines our commitment to using cutting edge technology to help create and distribute outstanding content and the HD format is set to add a new dimension to family’s enjoyment of Disney animated movies.”
Films available during December and January will include Ratatouille, Tinkerbell, Sleeping Beauty and The Incredibles. 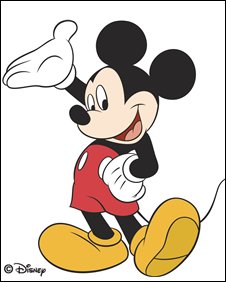 Today is the 80th birthday of Mickey Mouse. Mickey first appeared on cinema screens in 1928 in Steamboat Willie.

BBC Radio 2 brings a galaxy of Broadway and West End stars to London for a unique concert event celebrating The Music of Disney.

Staged in the Lyceum Theatre – the current home of ‘The Lion King’ – the 70-piece BBC Concert Orchestra conducted by Larry Blank, will back a stellar cast that includes the original Broadway stars of ‘The Lion King’, ‘Beauty and the Beast’; ‘The Hunchback of Notre Dame’; ‘Aida’ and ‘The Little Mermaid’ .

The concert willl feature classics from ‘Pinocchio’, ‘Mary Poppins’, ‘Fantasia’, ‘Jungle Book’ ‘Lady and the Tramp’; ‘Toy Story’, ‘The Hunchback of Notre Dame’, ‘Lion King’, ‘Aladdin’, ‘Cinderella’, ‘Snow White’, ‘Tarzan’, ‘Sleeping Beauty’, ‘Enchanted’ and ‘High School The Musical’ . Among the songs: ‘The Circle of Life’, ‘The Bare Necessities’; ‘Under the Sea’; A Whole New World; ‘Once Upon A Dream’ ‘You’ll Be In My Heart’, ‘He’s A Tramp; Beauty and the Beast; and of course ‘When You Wish Upon A Star’ …. 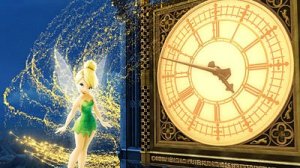 The Speaking Clock is to ring out in the sweet tones of Tinker Bell when the clocks go back this weekend*.

The famous fairy will take over the duties of Britain’s famous time machine at the end of British Summer Time.
For years the famous fairy has not uttered a word in her films, only made a jingle noise. But now for three months she will be heard by callers when they dail 123 to hear the BT Speaking Clock.
The traditional time pips are also being replaced by bells as part of a sponsorship deal with Disney. Tinker Bell first came to life in JM Barrie’s 1904 play, which developed into his children’s novel and the 1953 Peter Pan Disney animation.
The ‘real’ voice for Tinker Bell is being supplied by actress Mae Whitman, who is also voicing the fairy’s first speaking part in the film Tinker Bell due out in November.
*British Summer Time ends on Sunday 26 October at 02:00 BST (01:00 GMT) when clocks will go back one hour.

The Cambridge Philharmonic Society will be playing a selection of tunes from a number of Walt Disney Films on Sunday 18 January 2009 at The Cambridge Corn Exchange.
Here is what the brochure says…
Music has always been at the heart of Disney’s films and in this fabulous programme we hear some of the greatest. The orchestra is joined by Cambridge Phil favourite, actor David Timson, who will take us on a musical journey around the world with the help of Mary Poppins, The Lion King, Aladdin, The Little Mermaid, Hercules and many, many more! With all this and images projected on a big screen, this UK premiere will be a night to remember!
TICKETS £12.00
Family ticket (2 adults plus 2 children or 1 adult plus 3 children) £40.00
Box Office: 01223 357 851

Lightning McQueen and his friends Sally, Mater and Mack the Truck are touring Europe this summer and as part of their UK tour they are making exclusive appearances in London, Manchester, Oldbury, Bristol, and Reading.

You can see these life sized Pixar stars at the following pit stops:

For more information about the tour and other live Disney events visit the offical Disney live website.