Aladdin or Will “The Fresh Prince” Smith does panto is not the car wreck I was expecting it to be.

Directed by Guy Ritchie (Lock, Stock and Two Smoking Barrels) it includes the majority of the iconic Howard Ashman and Alan Menken musical numbers from Disney’s animated 1992 classic, plus a few new ones thrown in for good measure.

Smith’s performance as the Genie is entertaining, but you just can’t help comparing him to Robin Williams all the way through the film.

“Arabian Nights,” has had its lyrics updated once again for cultural sensibilities by song writing duo Benj Pasek and Justin Paul (La La Land, The Greatest Showman) and there are some spectacular musical numbers. 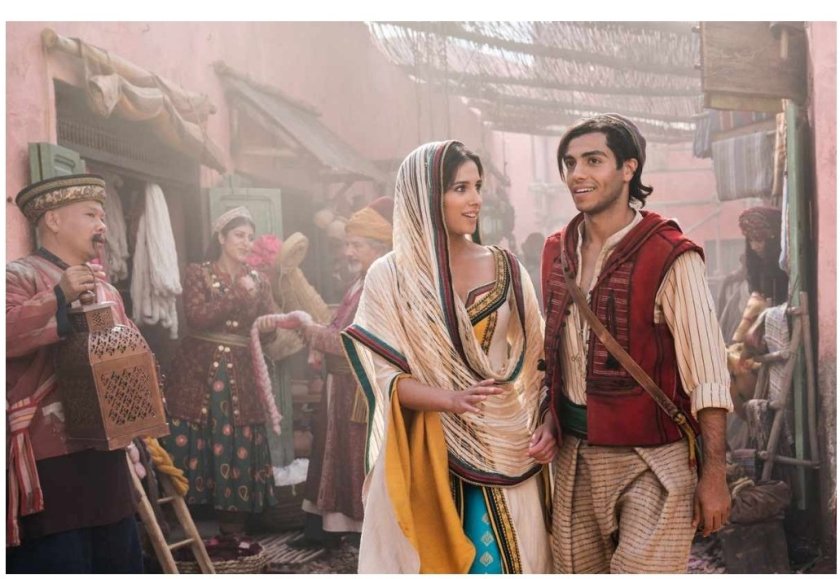 In the titular role is relative newcomer Mena Massoud and British actress Naomi Scott stars as Jasmine who is best known for her performance as Kimberly the Pink Ranger in 2017’s Power Rangers.

Unfortunately I left the cinema thinking I had watched a rough cut of Ritchie’s Aladdin, and thought the movie needed more time in the editing suite to tighten it up a bit as some scenes and songs went on for far too long.

Aladdin is released in cinemas tomorrow (24 May 2019) just in time for half term.