Here are the Trading Pins scheduled for release in September at Disneyland Paris.

With both Halloween and Christmas soon upon the horizon a range of pins for both seasons are being released.

And with all the Star Wars hype at the moment a booster pack of Star Wars cutes is being released too.

The first went to Buffalo Bill’s Wild West Show… with Mickey and Friends!   In accepting it, Jean-Michel Van Den Nouwland, Senior Manager Operations Spectacle Disney Village operations said, “Our show depends on the talents of so many.  From our cast of equestrian actors to trainers and stable hands, from wardrobe attendants to sound and lighting technicians, from kitchen personnel and servers to a battery of administrative workers.  All have pulled together to make this the singularly excellent experience awarded by TripAdvisor, and for the second time in a row!”

The Disney Gallery in The Disney Village was also honoured with a Certificate of Excellence.   Boutique Manager, Misael Leclercq said “This certificate proves my firm belief that our Guests expect quality and exemplary service each time they enter our shop”.

For the second time a TripAdvisor Certificate of Excellence was awarded to the Cast Members of The World of Disney store, also located in the Disney Village.

“We’re in tune day by day with our Guests and our resort, thanks to our regular briefings. We all have a part to play in making World of Disney another part of the Guest experience,” said Team Leader Virginie Fruleux.

Finally in the Walt Disney Studios Park, a Certificate of Excellence was awarded to the Cast Members of The Studio Store located near the parks gates.  Manager, Catherine Le Gras, said upon receiving the award “Guests often wander in just out of curiosity or to ask directions.  We must be just as helpful and friendly to them as we would be to our best customer.”

Congratulations to Disneyland Paris on receiving these five TripAdvisor Certificatates of Excellence.

Disneyland Berry on Twitter is reporting that the Disney Characters will be returning to the Disney Hotels from Christmas until Spring 2016.

Are we seeing the return of the Disney Characters to on site Disneyland Paris hotels?

I guess we will just have to wait and see. 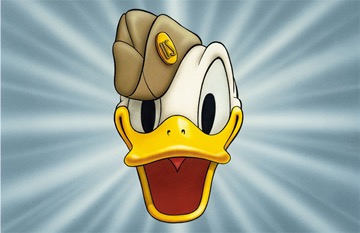 To mark the 70th anniversary of the end of World War Two, Disney illustrator and animator Gerald Scarfe tells the story of Walt Disney’s on and off-screen contribution to the war effort in a fascinating BBC Radio 4 documentary Donald Duck Gets Drafted.

The documentary which was broadcast yesterday (Wednesday 2 September 2015) explores how the iconic Studio in California became a war plant in the 1940s, churning out groundbreaking military training films and propaganda shorts, educational posters and leaflets, along with insignias for troops to help boost morale on the frontline.

Gerald, who worked as production designer on Disney’s 1997’s big screen animation Hercules, examines what motivated Walt to offer his artists’ inkwells as weapons of war. He uncovers why Donald Duck rather than Mickey Mouse became the Studio’s wartime mascot and reveals which film reportedly put Walt on Hitler’s own personal hit list. Plus he examines Walt Disney’s personal role as a Goodwill Ambassador in South America, intended to help stem potential Nazi influence.

Produced by Kellie Redmond Donald Duck Gets Drafted is A Somethin’ Else Production for BBC Radio 4 as is available on the BBC iPlayer Radio service to listen again via this link: http://www.bbc.co.uk/programmes/b0680gts#play

Legendary Disney classic film actor Dean Jones has died of Parkinson’s disease at the age of 84.

Jones is best remembered for his work in three bonafide family film classics – the original “That Darn Cat,” “Blackbeard’s Ghost” and the start of the “Herbie” franchise “The Love Bug”.

Jones starred in around 46 films along with appearing in numerous television series and on Broadway.Amongst his work were the likes of “The Shaggy D.A.,” “Herbie Goes to Monte Carlo,” “Clear and Present Danger,” “Other People’s Money,” “Beethoven,” “Under the Yum-Yum Tree,” “Any Wednesday” and “The Million Dollar Duck” along with guest roles on “Murder She Wrote,” “The Love Boat,” “Bonanza” and the animated “Superman” series. 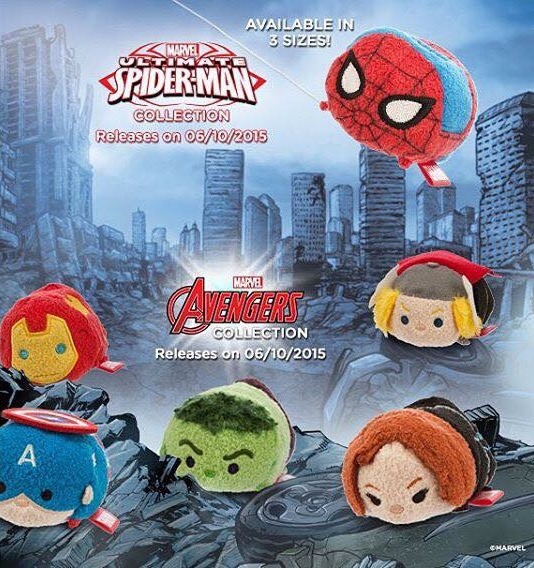 Spider-Man and the Avengers are included in next months Disney Store Tsum Tsums release.

This Marvel themed super hero Tsum Tsum collection will be available in stores and online from 6 October 2015.